Zar Mount – there is an open to the public power pumped – storage. To the top of Mount Zar, there leads a funicular from Międzybrodzie Zywieckie. 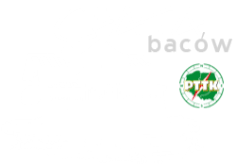